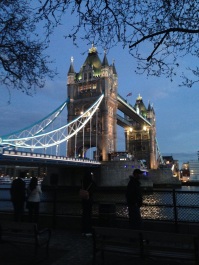 Our time was short there but it was amazing. We (Brittney and I) landed in Manchester and took the train over to London where we met up with my friend Hilary and our exploration began.

We saw the London Tower castle and saw the ruins of a London that once was. We walked around a bit more and as the night was getting darker we saw the bridge light up. This was my time to head over to the Backstreet Boys concert at the O2 Arena. Yes, it’s true I saw them there all by myself and it was AMAZING.

Riding the metro alone was invigorating, I was a bit scared but the feeling of being free and independent in a foreign city was thrilling; plus the metro connected right to the arena and everyone rode it after the show so I wasn’t alone. 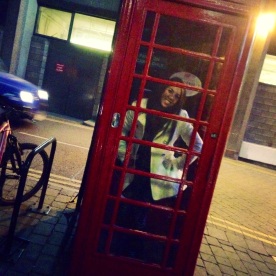 Of course I had to take the phone booth pic, it’s a classic. The next day we had a mid-day plane ride to Dublin so we went sightseeing in the morning and saw Big (#Booty) Ben and Buckingham Palace. Helloooo Prince Harry 😉

That was about it, as we had to catch a train to the airport and depart to our next destination.

What a grand day!