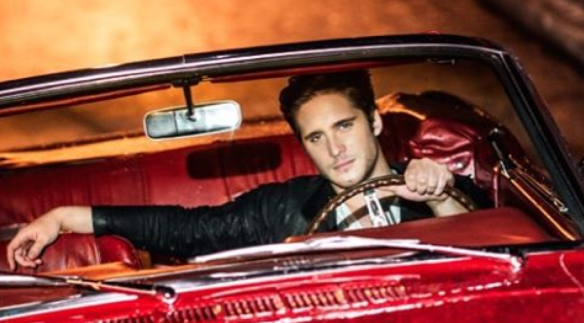 Born in Mexico, Diego Boneta knew at a very young age that he wanted to be a performer. At the age of 12 he audition for the children’s reality TV show Codigo F.A.M.A., where after conquering a series of challenges made it to the Top 5.

Boneta made his television debut in the Spanish-language children’s telenovela Alegrijes y Rebujos in 2013. He later starred in Misión S.O.S. and played a small role in Don Darvelio’s Secret. He catapulted to success after portraying a high school student named Rocco, in Univision’s hit telenovela Rebelde. The series gave Boneta the opportunity to focus on a music career, subsequently he released his first self-titled album and toured with the newly formed musical group RBD.

It 2010, Boneta crossed over into the U.S. market and quickly landed guest roles in hit TV shows like Pretty Little Liars, 90210 and MTV’s Underemployed. His hard work finally paid off when he was cast alongside Tom Cruise and Julianne Hough in Rock of Ages. “My success is a way to show Hollywood that Latinos can also be successful in this industry,” said the 24 year-old.

Boneta appeared in the first season of Ryan Murphy’s highly anticipated series Scream Queens. The show centers around a group of college students that are threatened by a series of mysteries murders. The diverse cast includes Jamie Lee Curtis, Emma Roberts, Nick Jonas and Lea Michele.