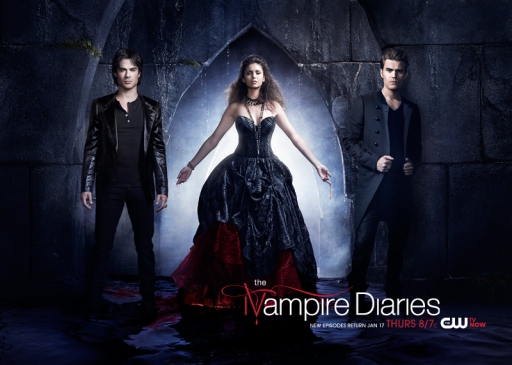 Vamps be cray and this week’s The Vampire Diaries is just an example of how much crazier things can get in small towns.

Last week we found that Stefan has lost his memory due to the return of centuries-old witch Qetsiyah and her desire and need for revenge against her one true love Silas. Silas chasing after Katherine, who was taken by travelor Nadia, was intercepted by Qetsiyah’s spell she was performing through Stefan. Bonnie struggled to deal with death and for a moment in time had Matt on the other side to keep her company. With so many ups-and-downs we did discover that Katherine cannot be killed due to the fact that the blood that runs through her veins is the one thing that Silas wants – the cure.

Now as Remembrance Day is upon Mystic Falls, that can only mean one thing – trouble.

As dear bro Damon is working as story-teller to recap Stefan on the past centuries of his life, Elena tries her luck on reminding him of who he was. As sparks start to ignite between Stefan and Elena an almost kiss happens, I’m squealing with excitement, Elena pulls back to remind herself, and Stefan, that she is with Damon, something that they had neglected to inform him. 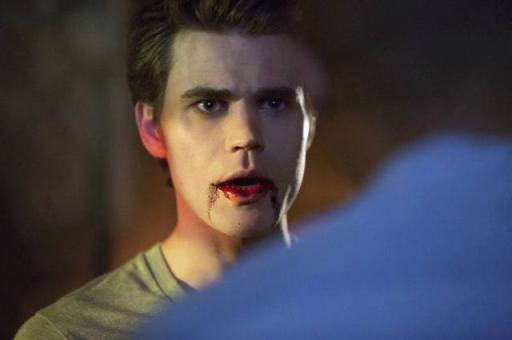 Matt, worried about his sudden blackouts and loss of time, sets up camera’s around his house to figure out what is wrong with him. As we all know Nadia has bestowed a passenger inside of him. Face to video with his “other self”, things get eerie when he gets a threat from the passenger.

Stefan, drunk and in ripper state goes through complexities in his head about what the point of being good and well-mannered is when all is lost for him. Caroline helps Stefan come to somewhat of his senses after he almost rips new hottie Jesse’s throat off. Only to go back home to the Salvatore estate to tell Damon and Elena that he no longer wants to be the man in his journals and live there.

Jeremy finally lets out the truth about Bonnie being dead, first telling Damon, who then has to tell Elena who has to tell Caroline. Elena distraught with the idea of Bonnie being gone feels obliterated and her emotions take over. Caroline finds console in the hands of Stefan who recognizes the fact that she is the only one he can trust in his new memory-less life.

The end of the episode brings us to a heartbreaking service for Bonnie, composed of Jeremy, Elena, Carolina, Jeremy and Damon. Bonnie appears to Jeremy who says, “It’s OK they need this, I need this.”

Bonnie reminds us that she is not going anywhere and even though they can’t see her, she is always with them. Yes, at this time I am crying like a baby as she tells everyone how she feels. Then SHUT THE FRONT DOOR, Tyler returns! Five heart breaking friends, and Damon, mourning over their best friend’s death.

Of course the story can’t move on without a little something, something to keep us on the edge of our seats! As we see Jesse getting checked by Dr. Maxfield he informs Jesse that he has vampire blood in his system and let’s him know what is to come! Shocked and confused Dr. M. does the unthinkable and kills Jesse to obviously make himself a newbie vamp!

Next week should be quite an episode with Damon wanting to work with Silas and the beginnings of a new life for Jesse. Also is Tyler here to stay??

What are your thoughts on last night’s TVD episode?