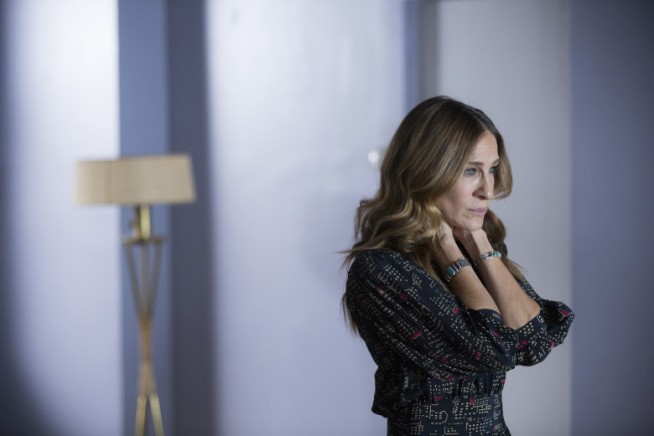 Sarah Jessica Parker has returned to television and HBO with her new half-hour dramedy “Divorce.”

The series marks SJP’s first big TV gig since “Sex and The City” and follows Frances (Parker), a woman who reassesses her life and marriage to her husband Robert (Thomas Haden Church).

The first episode begins with the couple getting ready to go to their friend Diane’s (Molly Shannon) 50th birthday and right off the bat you can sense Frances’ annoyance with her husband. Once at the party, Diane won’t stop complaining about her husband Nick, played by Tracy Letts, and pretty soon find each other fighting in their bedroom while the guests are outside. Things take a turn for the worse when she takes out a gun and points it at him. Frances quickly arrives to the scene, tells her friend to put the gun away, but when Robert walks in Diane shoots at him and Nick has a heart attack.

The medics are called and Diane is taken by the police to get interrogated, but while all this is happening Frances comes to the realization that she is not happy and wants a divorce. Now Robert is quite a character, and really serves as the comedic portion of the series. He loves his wife, and yes, admits later on that he’s also had doubts, but ultimately wants to save his marriage – at first. 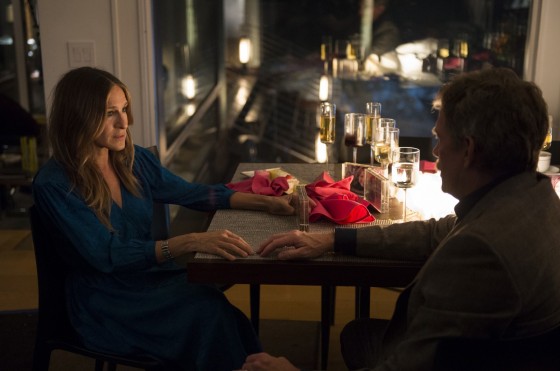 Now I say “at first” because we soon discover that Frances has been having an affair with some granola-making dude named Julian (Jemaine Clement). He gives her the best sex she’s had in years – she even thinks she loves him. Yet, when she tells him that she’s getting a divorce and if she can stay at his place for a couple days, he seems upset that their “secret” is ruined. So she goes back home, has a talk with Robert and realizes that maybe she shouldn’t get a divorce. The air is cleared and they have sex. The next day her cell rings and Robert comes in holding it – it’s a call from J, aka Julian. When he asks who it is, she tells him it’s work stuff.

She then goes to see her pal Diane (whose hubby is in critical condition) and when she comes back home Robert doesn’t let her in the house. He tells her that he called “J,” (aka Julian), found out she’s been having an affair and will definitely be wanting a divorce. To make matters worse, he wants her out of his house, gives an awesome speech about how he’s Sandra Bullock, she’s Jesse James, and deserves an Oscar, (just watch it, it’ll makes more sense), and worst of all he tells her that he will make their two children hate her. She’s left holding her phone, stuck outside in the snow.

Sounds more like it’s “No More Sex in the Suburbs,” amiright?!

“Divorce” airs Sunday nights on HBO. Tell me what you thought of the first episode. Come back next week for the episode 2 recap!