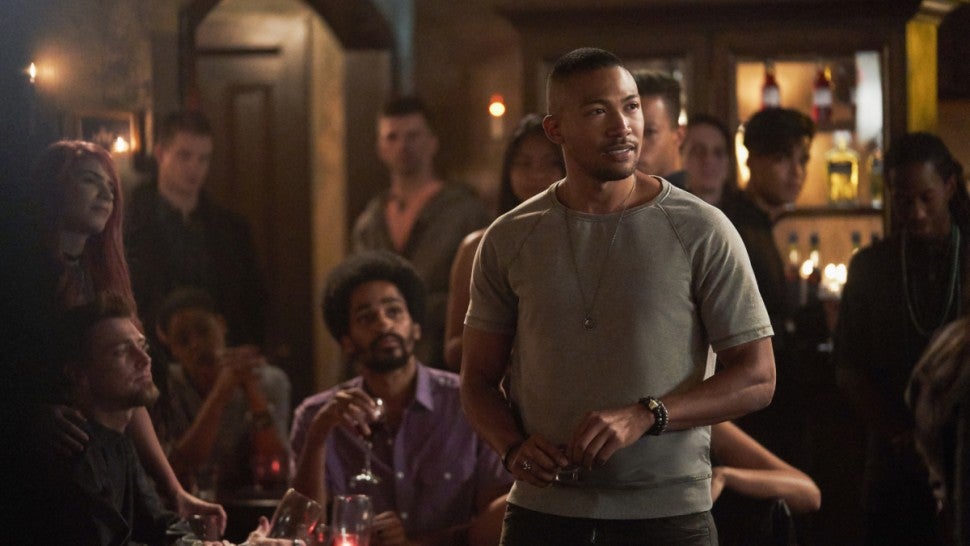 “The Originals'” final season has officially kicked off and already there are a lot of questions that need to be answered.

The season five premiere, “Where You Left Your Heart,” took fans right back to New Orleans, giving a brief update on what the Original family members have been up to over the past seven years. One in particular, Rebekah Mikaelson (Claire Holt), has been living a fairy tale life with Marcel (Charles Michael Davis) in New York. When viewers reconnect with the lovebirds, Marcel gets down on one knee and proposes to Rebekah, showing her two envelopes. One reads, “If you say yes,” and the other one says, “If you say no.” While it should have been an easy call, the moment quickly turned emotional when Rebekah didn’t immediately accept the stunning ring.

Ahead of episode two, “One Wrong Turn on Bourbon,” I caught up with Charles Michael Davis to discuss Marcel’s future with “the love of all his lives” Rebekah, why it took so long for him to propose and his return to New Orleans.

END_OF_DOCUMENT_TOKEN_TO_BE_REPLACED 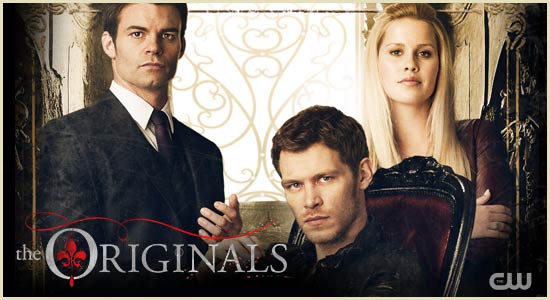 Need some dirt on your newest obsession?

With only four episodes in, The CW’s The Originals is already making fans fall off their seats with anticipation of what is to come.

Last week’s episode was a whirlwind of emotions. Klaus and Rebeka began plans to take down Marcel, or win back his trust. So much action and drama emerged with Marcel and his best confidant Thierry who happened to be in love with a witch named Katie, yes the same one that had been tipping off witch and ware wolf activity. Theirry ended up breaking the number one rule Marcel had of killing another vampire and is sentenced to imprisonment only to be interrupted by Katie who tries to kill Marcel for punishing Thierry. With a great scene of spells and witchcraft Katie’s fate falls to death by Klaus.

Things got spicy with Marcel and his new love interest Cami as she realized what temper he had, and my heart skipped a beat when a spark emerged between Klaus and Cami. Klaus even closer to getting what he wants, got Marcel to give back Elijah as a thank you for saving his life. 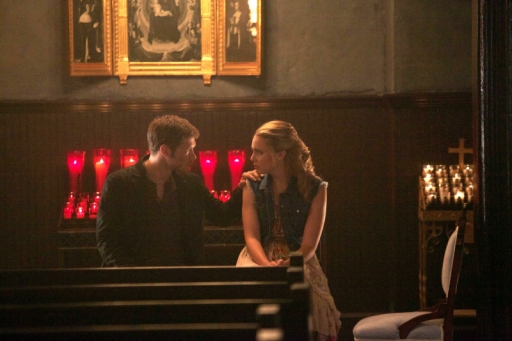 Now in last night’s episode Klaus begins his own agenda of getting Davina and rescuing Elijah. Snooping and secret plotting begins as the Dauphine Street Music Festival festivities begin and Davina is itching to be out and about.

Klaus compels Cami to watch over Davina while she gets the green light from Marcel to join the party. As the story continues we discover that Davina has a little secret of her own as she is fascinated with an old crush, Tim,  who she meets up with. But what little Davina doesn’t know is that Klaus will use Tim to his advantage and make a deal with Davina. Things get heated up when Klaus plays mind games with her about why Marcel would have her all locked up, while if she went with Klaus, he could offer her freedom. 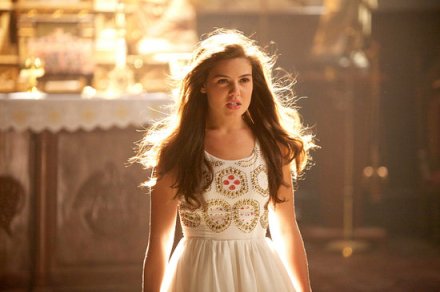 Dearest Rebekah on the other hand, finds her way  to the secret hiding spot that holds Elijah and quarters Davina, by way of a priest, though to our surprise even the priest in this town keep a secret of his own. Not one to be compelled because of vervain, he goes forth to tell Marcel of Rebekah’s discovery. On the bright side she does find dear Elijah who informs her, hallucinatory version of him I may add, that he is safe and has his own plot on bringing Davina to the Originals side.

Let’s not forget about momma-to-be,  while Hayley is getting a check up, witch Agnes has a plan of her own to terminate baby wolfpire -yeah my own name I came up with. With many out to get Hayles, Rebekah comes to her aid only to be shot with an arrow and when she awakes Hayley is nowhere to be found. Scared to think that she lost her and the baby, she calls Klaus for help. In the end Hayley finds her way back safely but with many injuries that heal quickly due to her hybrid baby.

The plot drives forward as we discover that Cami’s twin brother committed murder and suicide at the church where he was an alter server. Cami distressed with her new found information has thoughts of it being an accident and a possible compulsion from a vampire. After Klaus compels her to forget about it, we start to wonder if he had anything to do with it?

Just as things start to get real good, I’m on the edge of my seat, Elijah has resurrected from his sleep!

This plot driven show is incredible! Every minute of watching it makes you never want it to end. Next week brings us a great story involving Davina and Elijah as well as Klaus getting more info from Marcel.

What is your favorite TV show right now? Love The Originals? Comment below!