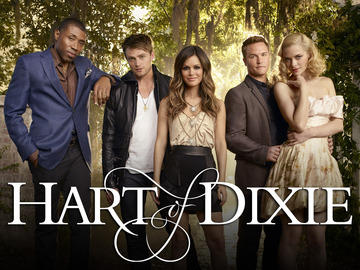 Last night’s episode “How Do You Like Me Now”, begins with Joel settling into the small town and getting acquainted with having a “usual” at the Rammer Jammer. Zoe Hart couldn’t be happier that her lover boy is doing well, even though word on the street is that only 13% of BB citizens think that Joel is the right guy for her.

Peter, who was Lemon’s one night charming stand, is now off on assignment and the Belles think that Lemon is making up fake boyfriends to cover up leaving “Mr. Perfect” at the Masquerade Ball. Meanwhile, Lavon needs Lemon’s help with the gazebo so it can be featured in an article, so he asks her to reconsider helping the Belles. Lemon agrees only if he assists her letting everyone know that Peter is real, and figure out his last name. As this goes on, Meatball is on the quest of getting Lemon back. No luck for him though as Lemon shuts him down nicely.

Aware that 87% of townspeople aren’t for Team Joel, Zoe plans to make him popular and so our story begins. First she is determined to teach her man to drive against his will and thus causing him to rear end the Reverend. Once more getting himself into a debacle because of Zoe, Joel gets casts as the bad guy who can’t catch a break.

Anyway, as we continue in the land of Zoe Hart, she volunteers herself and Joel to go out into the woods with the Christian youth group. Finding out that Joel is afraid of heights and isn’t too fond of zip-lining with the campers, Zoe tells Joel that 13% of townspeople approve of him. Joel not being one to care tells Zoe that he is not going. Now needing someone to replace Joel, she enlists George without luck. She does get someone to help her though but the Rev, not satisfied with Zoe’s selection of a back-up counselor enlists George himself to go even though he had refused when Zoe had asked him before.

Little Lynly is back in town and with a peace offering for George. Last minute swapped to be G.T’s partner at game night, they bond over trivia and sparks continue to fly. As a date is set for the two, George cancels and as we see that he goes on the camping trip with Zoe.

As camping adventures begin, we find out through the tweens that the poll stats were so low because everyone thinks that Zoe should be with George. We even get a taste on the song that he wrote about her. “It all started when George Tucker found New York doctor on the side of the road.” After George tells Zoe that he wishes he had never met her, she tells him that’s not true and that he was the first one to accept her in BlueBell and that she misses him.

After Joel learns why everyone loves George and why they think that George and Zoe belong together and he is merely a supporting character in this love story, Joel decides to rewrite this story and go into the woods after her. Things get good when Wade, ex-BF as well, says he will take Joel. Can you say love square?

Drunk Joel accompanied by designated driver Wade, faces his fear of heights to prove he is worthy of Zoe and better than beloved George Tucker. Funny though, as Joel is on his quest for proving his love, Wade whispers to Zoe that everyone’s got it wrong and that he knows Zoe is still in love with him. Oh swoon, Wade be still my heart, I mean what?!

Once Joel is rescued from landing mid zip-line, George apologizes to Zoe and says they can be acquaintances for now. He heads over to Lynly’s place to tell her that he can’t do this with her right now. She says that it is perfectly fine but that she will keep at him and wear him down. The Reverend apparently had a really great sermon after getting some and Joel’s numbers doubled which makes for a very happy Zoe.

What did you think of last night’s episode? Team George, Wade or Joel?

One thought on “Hart of Dixie Recap: “How Do You Like Me Now””