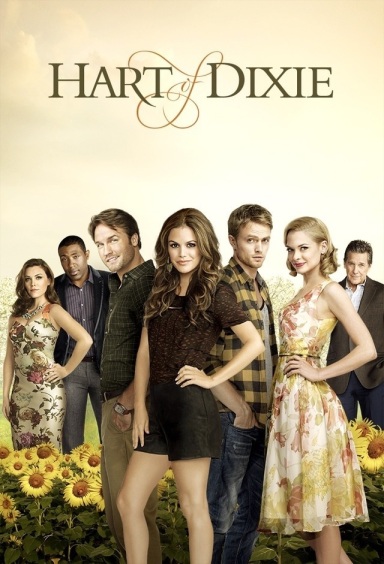 After last week’s musical episode can we get some normalcy in BlueBell. Joel and Zoe are on the look for a new place to stay and Wade is ready to meet Viviene’s son. The town is ready to win the hearts of everyone and continue to save BlueBell. Catch up with last week’s episode HERE!

Zoe is upset that Viviene lied to her about her Aunt Winifred and how she is an evil cranky aunt. She confronts her and it’s because Zoe is a New Yorker and she hates New Yorkers. But Zoe is in love with a property that Aunt Winifred has and hopes that she can get her to like her. So then Zoe is trusted with taking care of Viviene’s son Harley while she is on her date with Wade that night. Wade gets the chance to meet Viv’s son and it looks like things are going great until he asks for ice cream and when she is gone to grab some, he tells Wade that his salamander will kill him in his sleep if he doesn’t break up with his mom. Oh snap!

Tanzy and Lynly have been hanging out a bit much and George is all flustered by the idea. Now that Tanzy is broken up and single he keeps thinking it’s weird. Then on a girls day, Lynly accidentally burns off her hair and George thinks she did it on purpose.

Lieutenant Governor Bird is coming to town and everyone, especially Lavon, is freaking out trying to impress him. While AnnaBeth is putting up a picture of him in Brick’s offices, Shelby sees it and gets flustered. Hmm is there something we’re missing here.

Wade and Viviene are out on their date and Joel and Zoe are babysitting, which isn’t going so well as their place isn’t kid friendly and then Harley goes all Dr. Phil on them and forces them to argue about who’s afraid of commitment. As Wade and Viv are getting all steamy, the doorbell rings and there’s Joel and Zoe with her son. None very happy at all.  The next day Zoe and Joel discuss how they need to get out of that B&B and the only place they agree on is Aunt Winifred place so they make a plan to win her over. First step to this plan is to get Wade to talk Zoe up while Zoe talks up Wade to little Harley.

It’s “Action” time for BlueBell as they try to win over Lieutenant Governor’s approval. The town is at its best and nothing can go wrong. Well there’s one thing that could go wrong. Shelby calls AnnaBeth for an emergency and it’s just because she’s hungry and can’t go into town. Why is that? She’s avoiding someone, actually she’s avoiding the man she slept with 8 months ago…um could this mean that the Lieutenant could be Shelby’s baby daddy? AnnaBeth surprised by the news tells Shelby that she better tell him that he is the father.

Things aren’t going to well at Aunt Winifred’s, first intro and she already insults them and walks away while little Harley keeps telling Wade off. Wade finds the right words to convince Winifred to accept Zoe while Zoe finds the key word that wins over Harley for Wade. After Wade helps him build the perfect fort he helps him unload his backpack but accidentally tosses his beloved salamander with it. Oh no! 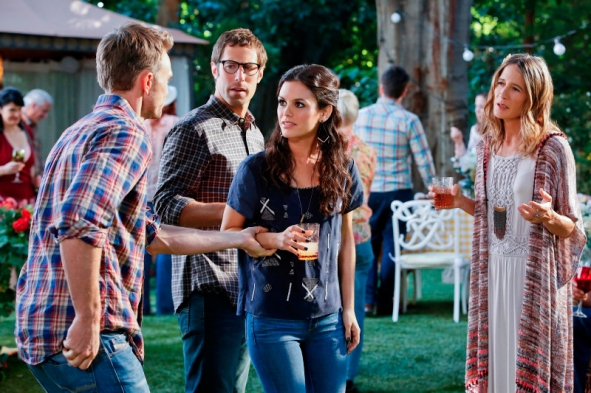 Looks like BlueBell and the Lieutenant are hitting it off, though a minor bump in the road occurs as George and Lynly start to have a small fight when they are supposed to kiss. Tanzy calls her crazy eyes and tells George to ask her why she said that when she was curling her hair it smelt like popcorn. George keeps thinking that Lynly might have done it on purpose and after they kiss when they are supposed to, she runs off crying. George goes to see her and they talk it out but turns out that Lynly has decided to leave town and go back home.

Right when the Lieutenant has agreed to sign the papers to save BlueBell Shelby comes in to give him the wonderful news! Um, wrong choice. Another wrong choice, Zoe taking the blame for Wade losing little Harley’s salamander. She makes up a story about looking through his backpack for lip balm and Aunt Winifred blames it on her New-York-ness and tells her she will not rent her the house. Wade, being the good guy goes to Harley and tells him the truth about losing Siezzle his Salamander. Then Viviene and Zoe show up with Siezzle, but he’s not fooled he knows that this one isn’t the same one and that Siezzle 2 hates Wade as well.

Now the Lieutenant is all worked up about the recent news Shelby gave him. He goes to talk to her and after Shelby is with Brick telling him the whole truth about the Lieutenant and the baby and how she is leaving BlueBell. Looks like there’s more than one goodbye in this episode. Lavon sadly tells the people at the Rammer Jammer that BlueBell is not saved but then the Lieutanent arrives and says he forgot t o sign the papers and declares BlueBell a historic landmark. Joel and Zoe decide to get a home, but Joel tells her that they will buy it. This is a new, huge step for this lovely couple. It also seems like things are good between Viviene and Wade and everyone is a happy couple.

We’ll see what Hart of Dixie brings us next week!

One thought on “Hart of Dixie Recap: “One More Last Chance””